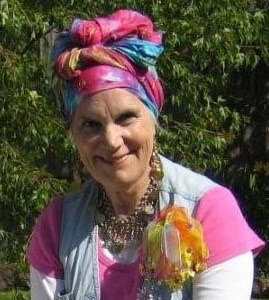 Children respond immediately to her energetic and fun performances. JB uses colourful visuals such as fabric, puppets and ‘wishing paper’ to create wonderful worlds for young children who are also fascinated by her clapping sticks that stir sounds of the Dreamtime. Her performances for children focus on fun, action and interaction!

Adults are held spellbound by JB’s powerful performances of ancient legends. In 2009 JB was honoured to perform stories for adults as part of the Victorian Bushfire Communities Regeneration Program. As a result of that experience JB composed a story called The Flowerdale Tattoo which was chosen as one of two winners in the ABC’s Hope 2011 competition.

She has told at many venues including kindergartens, schools, libraries, community centres, bookstores, Government House and ABC Radio. She has entertained children with her storytelling at a variety of festivals including Moomba and The Village.

JB was the founder of swag of yarns, Australia’s National Storytelling Magazine, is a member of The Storytelling Guild of Australia (Vic. Branch) and is featured on the guild’s audiotape, Mystery and Mayhem.

On top of all that JB is a published author with her novel Whisper My Secret based on her mother’s true story, an experienced educator with ESOL qualifications and a trained Parent-Child Mother Goose teacher.

Please enjoy some tales from a wonderful storyteller. 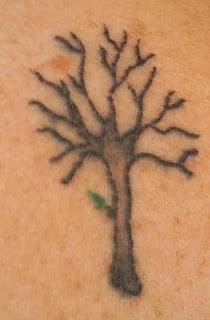 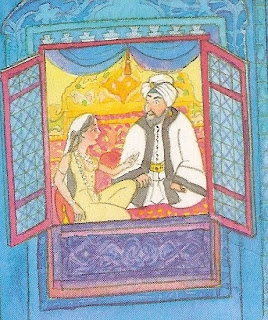 The story of Sheherezade is often in JB Rowley’s storytelling programs. High school students are enthralled by the story and, in 2009, JB told Sheherezade’s story to very receptive audiences as part of the dinner program while on a storytelling tour of the bushfire affected areas of Murrindindi shire. Out of that tour evolved the story of The Flowerdale Tattoo which won the Hope 2011 story competition at ABC POOL. Now, as a way of contributing to POOL, JB is working on a project to honour Sheherezade and her stories, starting with, of course, Sheherezade’s story.